Suicide prevention is not just about recognizing and intervening when someone is already in a crisis.

It’s about providing people with access to adequate resources, education, and care to prevent these crises.

This is why we have to take a PROACTIVE approach to suicide prevention.

In the winter of 2017, Dr. Lisa Herman Lovelace (a psychologist who owns Synergy eTherapy needed new photographs for her website. Lisa’s husband, David, knew of someone in his circle of friends who was really freaking incredible – Laura Dizon who at the time, owned Tiny Acorn Portraits. During their photo shoot, they started talking about mental health and the increase in stigma and suicides.

Laura lost her brother Aaron to suicide in 2014. He was a talented musician who was well-known in the Minneapolis music community. He was kind, smart, and had a lot of supportive friends in his world. However, he was struggling inside. What we know now is that he felt like he was “just existing, not living” and took his life. This was devastating and very confusing. After a few years of grief, Laura decided that she wanted to make it her mission to honor his memory by helping others in similar situations get the help and support they deserve.

In 2012 Dr. Lisa started offering mental health by phone and video to people as a way to increase access to mental health care. In 2017, she expanded by creating a group tele-mental health therapy practice, Synergy eTherapy, as more people were needing these services if they can’t or won’t go to a clinic to be seen. They see their patients by phone and video from anywhere in the state of MN and other states as well.

In the spring of 2018, they decided to do something with their advocacy and planned a 12-hour charity event in just 3 months! They raised over 16K for NAMI MN and Canvas Health (two Minnesota non-profits with a similar mission). They only had volunteers to help put on this event, including speakers, the bands, music production, etc. that helped to make the first annual event a huge success!

Here’s what’s amazing and kind of fortuitous – all along the way, since Laura and Lisa first met or maybe even before!) there have been a series of fortunate events, meetings, experiences, etc that have connection and meaning that goes beyond happenstance.

What we’ve learned is….

Suicide prevention is not just about recognizing and intervening when someone is already in a crisis.

It’s about providing people with access to adequate resources, education, and care to prevent these crises.

This is why we have to take a PROACTIVE approach to suicide prevention.

Sharing hotlines and intervening once someone is in a crisis is absolutely crucial, but IT’S NOT ENOUGH.

For hotlines and crisis intervention to be effective it requires us to know that someone is in a crisis.

Suicide doesn’t have a ‘look’.

That’s why we NEED to normalize the conversation around mental health and suicide.

We NEED to be talking about suicide prevention in schools, in businesses, and in homes.

We NEED to make mental health care and community resources accessible to everyone.

We NEED to provide our communities with adequate resources, care, and education to prevent people from reaching a crisis.

We are excited to see what the year brings as we plan our 3rd almost Annual suicide prevention and awareness concert benefit.  Join us October 1st 2022.

We would love your support and collaboration with this exciting community event and to help us SHOUT OUT LOUD! 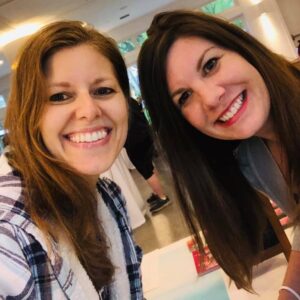 We need our communities support to shout as loud as we’d like to!

Volunteer your time before or during the event!

Donate to our cause!

Ready To Help With the event?